The Digital Entertainment Industry Is Leaving AMD Behind 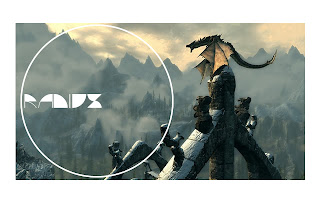 Hello. Yes. Yet another article about an AMD video game system. Last one... for... the day. I swear.

CES has been a treasure trove of insight and work into the future of digital entertainment, but not in the way that technology companies usually talk about "the future."

In an interview with The Verge, Gabe Newell, CEO of Steam went over many of the points I addressed in my proposition for an AMD Radius video game system. It's amazing. It is obvious that I am not the only person thinking about ways to change the current paradigm of game rendering and delivery.

Newell's most insightful point is that motion controls are, for lack of a better word, crap. They are a gimmick, and considering that the Wii deflated, the Wii U flopped, and both Microsoft's Kinect and Sony's Move have long since been forgotten, this seems like an undeniable assertion.

It's interesting that the failure of this gimmick is being presented in the shadow of another entertainment gimmick being declared dead: 3D. It's doubly interesting because both 3D and the various motion inputs failed to set the world on fire for the exact same reason: they were concepts being bolted onto current paradigms in the hope that they would reignite dying business models.

3D first exploded into theaters with Avatar, even though it had been percolating for years. Movie studios and theaters jumped on it because they saw it as an opportunity to charge more for tickets. Of course, they missed the biggest problem, which was that overall ticket sales have been flat or falling for a decade, and ticket sales per capita have been plunging.

Of course, media companies were ecstatic at the prospect of getting this into homes, since it would make people buy yet another television, media player, and media. But again, this was simply trying to sell more crap within the same business model. Companies love that. They love to pretend like they don't have to actually think or innovate. "The current model is fine!" they say.

It's for this reason that I put "the future" in quotations in the second paragraph. When companies talk about the future, as everyone at CES is doing, they aren't actually talking at all about the future; they are talking about the present with a futuristic sheen over it. There are few technologies more representative of that than 3D, with every company under the sun was babbling about it for four years, then, nothing. 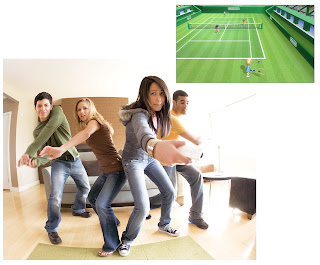 The various motion controllers were hoping to expand the video game industry beyond the 30-million gamers that were, born in the 70's and 80's, simply growing up with the industry. Nintendo explicitly stated this when they were describing the philosophy behind the creation of the original Wii — they wanted to grow the market. Of course, they were ignoring the advent of the Internet, digital distribution, and the rise of cheap games, which was the problem. Nintendo was innovative but blind. The paradigm remained the same, they just changed an element of it.

And much like 3D, every company under the sun was talking about motion control for years. Every company had their own take on the gimmick. Every company did it because it seemed like the future without actually being different.

I'm glad that we have forward thinking companies like Valve talking about the actual future, where old business models are dead, dead, dead. No sugar-coating. No circumlocution. No sticking collective heads in sand. AMD should have been the company at the forefront of this charge, but if they want to ignore this, than fine. Valve will be more than happy to demolish an entire industry on their way into the future.
Posted by Aaron Martin-Colby at 9:27 PM