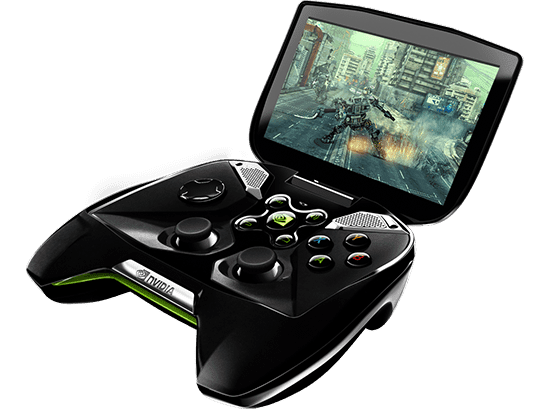 I've been going on about this for quite awhile now. AMD is standing idly by as a great battlefield of technological innovation leaves them behind. My focus on having AMD make a video game system isn't just about games, it's about entertainment. As our entertainment becomes more focused on huge hunks of data, the hardware to decode that data is going to get very valuable. Any hardware that can generate a unique and enjoyable experience will be even more valuable. That's why people are willing to pay extra for Apple products: the hardware creates a unique, powerful experience.

AMD is the only company on the planet with the expertise in architecture, CPU's, and graphics processing to pull together an entire system by itself. They have the hardware available now to build something new and innovative. All they have to do is package it!

That's all just me repeating myself. Nvidia has announced the new Project Shield at CES. It is a portable, Android-based gaming platform powered by Tegra. It seems mostly similar to the recently-Kickstarted Ouya, and it is. It's also ugly, unsexy, bulky, and poorly thought out, but it has many seeds of greatness in them, not the least of which is the Gamestream.

That's the word that I made up to describe the streaming technology that is in my hypothetical AMD game system, Radius. Basically, a powerful system somewhere in the house renders a game, which is then streamed via a wireless connection to a dumb terminal, be it a tablet, cell phone, or lite laptop. I lifted the concept from Dave Perry's game streaming service, Gaikai.

Project Shield will be a failure, but its ideas will not. AMD can still own this. They can still create a new paradigm for entertainment generation and management. But with Steam, Nvidia, Intel, Ouya, and even Nintendo to a degree pushing for new things, AMD doesn't have all the time in the world. They need to hurry the hell up if they have any hope of securing a place in the future of the digital entertainment market.

Because as I've said repeatedly, AMD has lost its other markets. It has lost servers. It has lost desktops. It has lost laptops. It needs to find a market that's still churning.
Posted by Aaron Martin-Colby at 10:25 PM