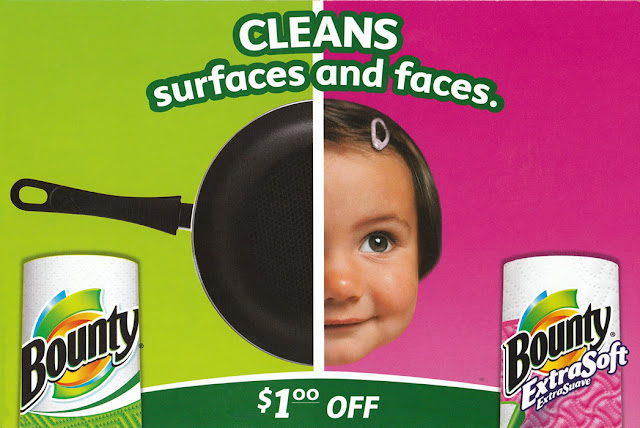 I've long been amazed at the divide in marketing to the sexes. Sometimes, this has a solid foundation in the zeitgeist, such as cosmetics companies trying to sell makeup to men without actually calling it makeup. Other times, though, the advertising is a shocking example of poor vision, sexism, and at times outright misogyny and misandry.

What the ad of the day shows is also how much marketers seem to think that men cannot deal with clothing problems in any way but irreverent comedy, whereas women need dour images of women looking sternly into the camera, or they need to be prancing through fields of wheat to symbolize freedom from periods.

While I prefer the former, the fact that both of these modes seem etched in stone, at least for the US market, is annoying. Women deal with bad smells and periods every day. Issues inherent to the human body do not need to addressed with glum reverence. Similarly, not all men think about the human body with a Beavis & Butthead-style laugh.

The ridiculous circumlocution inherent to women's advertising is perfectly represented in the fact that commercials for menstruation-related products always feature the standard blue liquid. They couldn't even use red? We know that it's blood. It's not like this is ancient Greece, where women are seen as impure because they menstruate.

We have an excellent counterpoint, and commentary, on this absurdity in a recent commercial that's made the rounds, and for good reason: it's excellent.

And that is the problem with this stereotype-driven marketing: it is insulting. No matter what the stereotype is, it is insulting. If commercials are to be believed, only women eat yogurt, children are all borderline-retarded, and men are so incompetent at all things home-related that they would burn down the house doing laundry.

Not only are these tropes insulting, they do not represent reality, and as such are fundamentally disconnected from the demographics to which they are trying to sell. Everyone is concerned with health, children are sometimes more competent than their parents, and a significant portion of men are the primary homemakers and don't like being called idiots.

The future of marketing, and thus the future of the companies to embrace it, are those that recognize that sometimes the horse comes before the cart. The advertising environment is reciprocal, and even if the different genders may initially be resistant to change, the very fact that a company is advertising using more progressive views legitimizes those progressive views, thus putting the company at the forefront of the dialog in their respective industry.

As a company, you not only want to be there, you need to be there. You need to be the entity directing the discussion, because that way you control the industry. Apple controls the cell phone industry because they control the dialog. That's why their keynotes are so damned important: it is them setting out what the dialog is going to be about. All of the other companies after that point are only responding.
Posted by Aaron Martin-Colby at 10:36 PM