HP Continues Its Plunge Into The Tenth Circle Of Hell 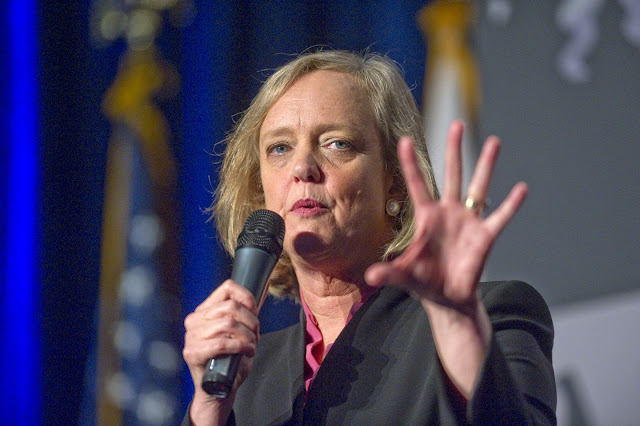 I just can't get over HP. The sheer magnitude of the incompetence is breathtaking. The only other company that comes to mind is General Motors, and we all know what happened with them.

At first, what with this being primarily a marketing and design website, the scope of this subject may appear to be a bit large. But this Wired article says it beautifully.


After years without a hit product, the company’s reputation may be irrevocably tarnished.

Pressman isn’t quite so harsh, but he agrees that it’s still not clear what HP is going to do to attempt to correct its course. “It really feels that they’re strategically adrift and they’re not really committed to any one sector,” he says.

Marketing and management are very tightly integrated. A well-run company executes vision into product. That vision is either created in response to the market, and is thus directly associated with marketing, or comes from an internal wellspring which then needs marketing to package that vision into something digestible that the market can understand. HP failed miserably in regard to all of these elements. They lacked any vision, couldn't figure out what the market wanted, and had no brand identity aside from total ubiquity.

Truly, HP is shaping up to be the greatest failure of vision and marketing in the technology industry since, well, ever. The only other company in their industry that is collapsing in an even remotely similar way is Sony. To be fair, Sony provides more than just a comparison, but also evidence of something larger than HP.

HP and Sony, to say nothing of Sharp, Panasonic, Nokia, HTC, and any number of other companies who have seen their fortunes deflate with alarming speed, I think illustrates a sea change which we will only fully appreciate through the lens of history. And as history shows us, this has happened before.

Large companies are machines. They are built — sometimes through vision, sometimes through organic spontaneity — and much like a real machine made of gears and circuits, it will function as long as the world in which it works continues unchanged. But when the world changes, as happens with major technological or social shifts, we see the companies that are run well quickly separated from those that are not.

In this brave new world, Apple and Samsung are flying; HP and Sony are falling. They were likely just as terribly run a decade ago as they are now, the only difference being that the world is forcing this reality to be visible.

And in HP's case, the reality sucks. The Autonomy debacle has revealed more than we could have ever hoped to have learned about back-room problems. What's interesting is the intensity of the internal conflict. HP went from being a hardware company, to a services company, to a wannabe software company, and with the recent Autonomy write-down, is apparently back to being a hardware company. And with the failure of it all, people are getting thrown under the proverbial bus left and right.

I know that I so frequently hold up Apple as an example of what to do, but that's because so few other companies seem to know it. Apple didn't focus on hardware or software, they focused on experience. That was the unifying idea. Whatever was needed to create the experience is what Apple did. That sometimes meant hardware, it sometimes meant software. And it always meant accountability. Someone, somewhere, the buck stopped. We aren't seeing any of this out of HP.

Basically, much like General Motors and the infamous "GM Death Watch" that was started by the website The Truth About Cars, what we are seeing now was predicted long ago. It was seen coming by everyone but HP and its leaders. This trainwreck was inevitable.

You may be wondering why it seems that I am enjoying the spectacle of HP's Titantic sinking into the icy depths. It's because I am. I've had some amazingly bad experiences with HP products and service, costing me thousands of dollars, and am reveling in watching them fail with style.

The HP Way, and How It Completely Screwed HP (Wired)

Posted by Aaron Martin-Colby at 10:54 PM