The Nexus Q Represents All That Is Wrong With Tech 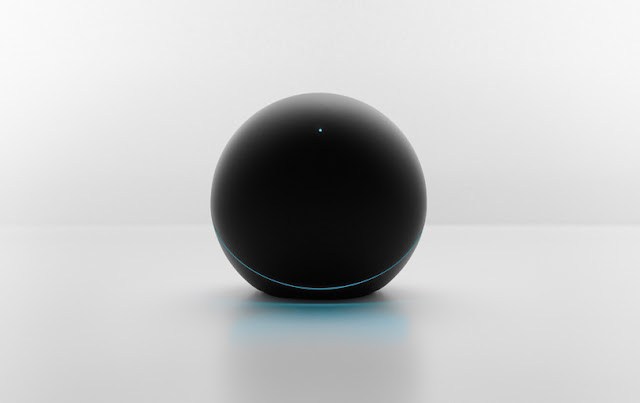 Google announced two new Nexus products a few days ago: the Nexus Q media sphere and the Nexus tablet. The Nexus tablet redefines the tablet space and price structure in the same way that the Galaxy Nexus for $399 did for cell phones. It is a disruptive product at that price. It is brilliant.

The Nexus Q, though, is a nightmare of everything that is wrong in the tech world today. It is a product of a a team/company that never asked "how can we make this product the best it can be?" They only asked "how can we create something that links into our system?" Ever since Apple conquered the world on the strength of iTunes, every tech company on Earth has been trying to do the same thing.

The Nexus Q is not getting good reviews. The most common adjective that I can find is "confusing." One of the biggest complaints is the incredibly bizarre way that you have to get media onto the sphere. You can only  stream it from Google's services. You cannot put in a USB stick. No memory cards. You cannot connect to Hulu or Amazon Prime. And even that only applies to music. If you want video, it will only play video that can be rented or purchased from Google's Play store. Whatever you currently own is datata non grata as far as the Q is concerned.

Why the hell would Google do something so absurd? Because they don't care about it being a good product. As I said, they wanted something that connected with their services. If that just so happened to render the device awful, well, that's not their concern. It's the concern of the idiots stupid enough to buy it.

Google is not alone in this. Microsoft has been trying this shit for nearly a decade. Samsung, Nokia, Yahoo!: they're all guilty of this. It's because, somehow, they have forgotten how Apple succeeded. The iPod did not sell on the strength of iTunes. At the beginning, iTunes was nothing more than a bloated Winamp-wannabe. The iPod sold because Steve Jobs and his Apple horde famously said "MP3 players all suck. Let's make one that doesn't."

They specifically asked "how can we make the best product." And whether you think that they did or not, it's undeniable that they made a vastly superior product to the competition. If Google had asked this question, the Q would magically have all of the features that everyone thinks that it should have. Instead, it is vastly inferior to Boxee, Apple TV, Google TV, and Roku.

Many people are arguing that the product is in fact so bad, that it must presage grander plans on Google's part. That's fine. Perhaps that's true. But the product as it currently is, sucks. No one in their right mind would buy one. No sane company who asked the questions they should ask would release it as is. And even if they hadn't. Even if they did have grand plans, and even if the Q was better, it still wouldn't matter. The best product would have a USB port, a memory card port, and greater non-stream connectivity. Those aren't there, and no software upgrade will ever bring them. That is fundamentally broken.
Posted by Aaron Martin-Colby at 9:22 AM